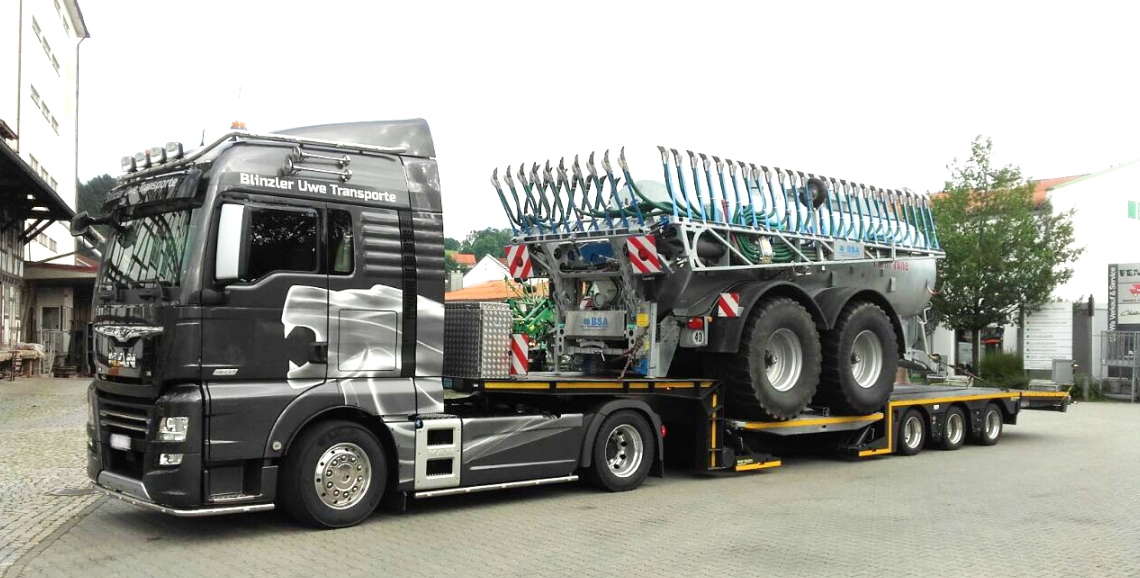 Uwe Blinzler Transporte of Neuses, located in Bavaria, Germany, is a small family business with three tractor units and several semi low-loaders. The company is specialised in the transport of agricultural machinery. When considering the purchase of a new trailer, two important aspects owner/director Uwe Blinzler looks for are that he can carry loads with the greatest possible height and that he is able to utilise the maximum load capacity. Every bit as important, though, is that the new trailer will still allow him to safely and responsibly reach the loading and unloading sites on the many old farms he visits. He brought up all these aspects during his discussion with trailer builder Recker.

This trailer builder, which has been in business for over a hundred years, suggested Blinzler consider the steering systems from VSE. Blinzler was persuaded, and the new semi-trailer he bought from Recker was equipped with a VSE steering system. ‘The first thing I checked was that I can still load 3.50 metres high. That was no problem,’ Blinzler tells. Most of his company’s transport work is within Bavaria, but there is practically nowhere he hasn’t been, and that includes the remotest corners. ‘Sometimes you arrive at a farm where nothing has been done to the access road and adjacent roadways in the last 45 years. The entrances, in particular, are often narrow,’ says Blinzler. The new trailer from Recker was built with a VSE system and fitted with the usual Bridgestone 205/70 R 17.5 tyres Blinzler uses.  ‘Those are low tires with a good load-carrying capacity and service life, which I know for sure I can load to the height I need,’ he says. ‘Thanks to its compact installation, the VSE steering system doesn’t throw a spanner in the works where that’s concerned.’

He has nothing but praise for the system so far. ‘This new steering system means I spend much less time manoeuvring once I reach the customer. I’d say it’s no exaggeration to claim that this trailer makes me thirty per cent more productive. It’ll soon be time to replace those other trailers too, so now I know exactly what I’ll be looking for,’ says Blinzler. He wraps up by sharing a few thoughts: ‘I’m very satisfied with this version, but I think I’ll probably choose a lift axle for the front of the next trailer. I’m not yet sure what effect that will have on the tyre wear, but I think that adding a lift axle will most likely further reduce the tyre costs.’ As a rule, Blinzler’s trailers cover 100,000 kilometres per year and he keeps them for ten years. 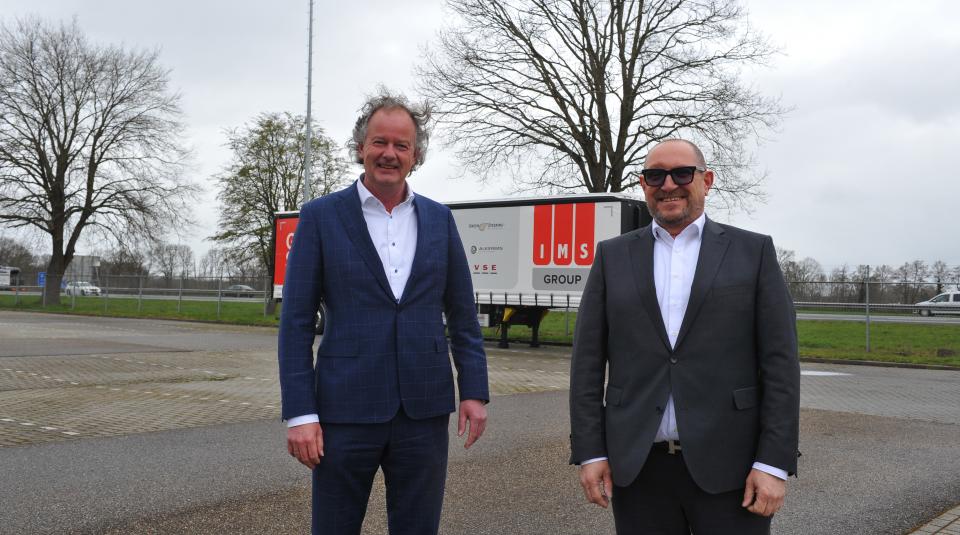 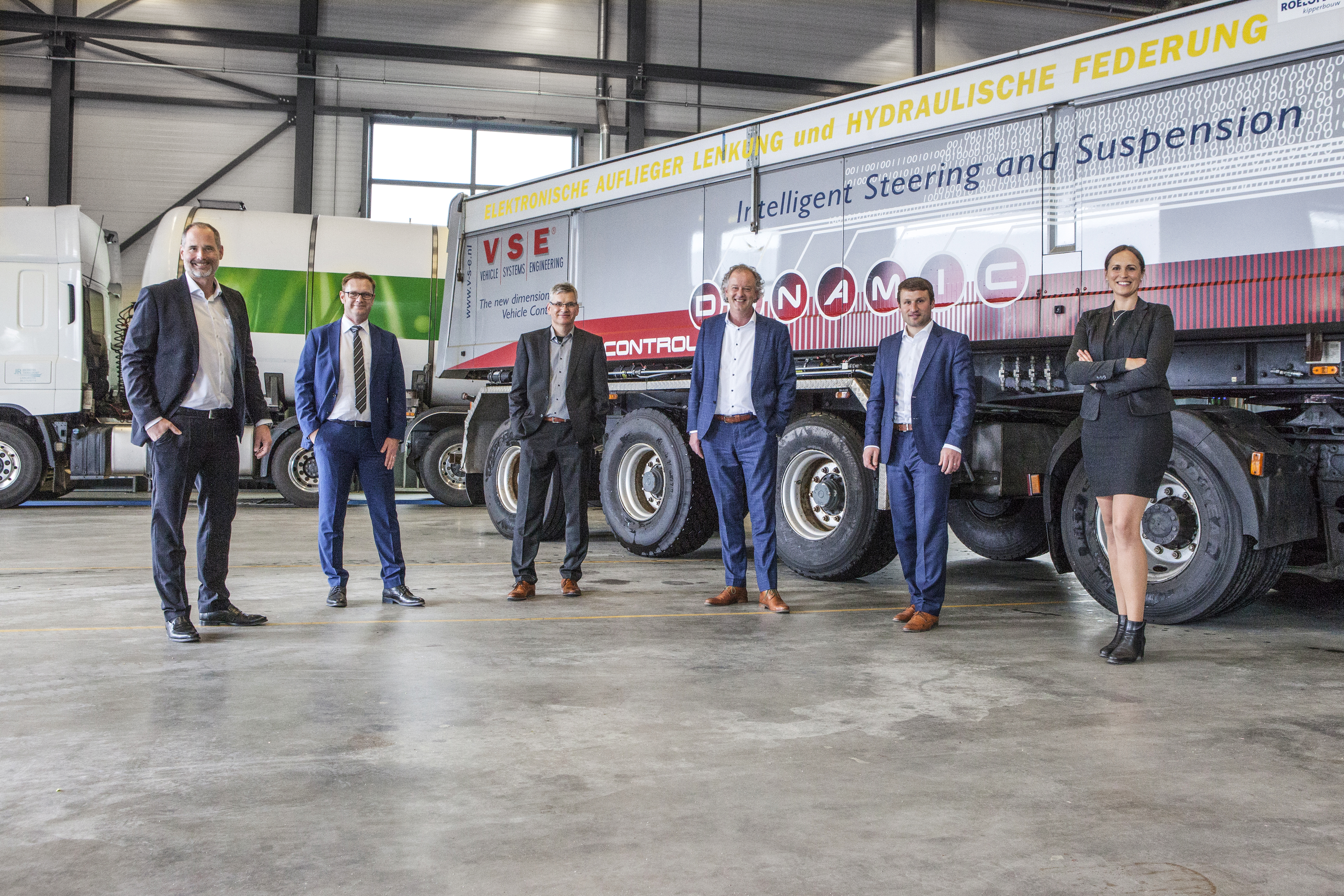 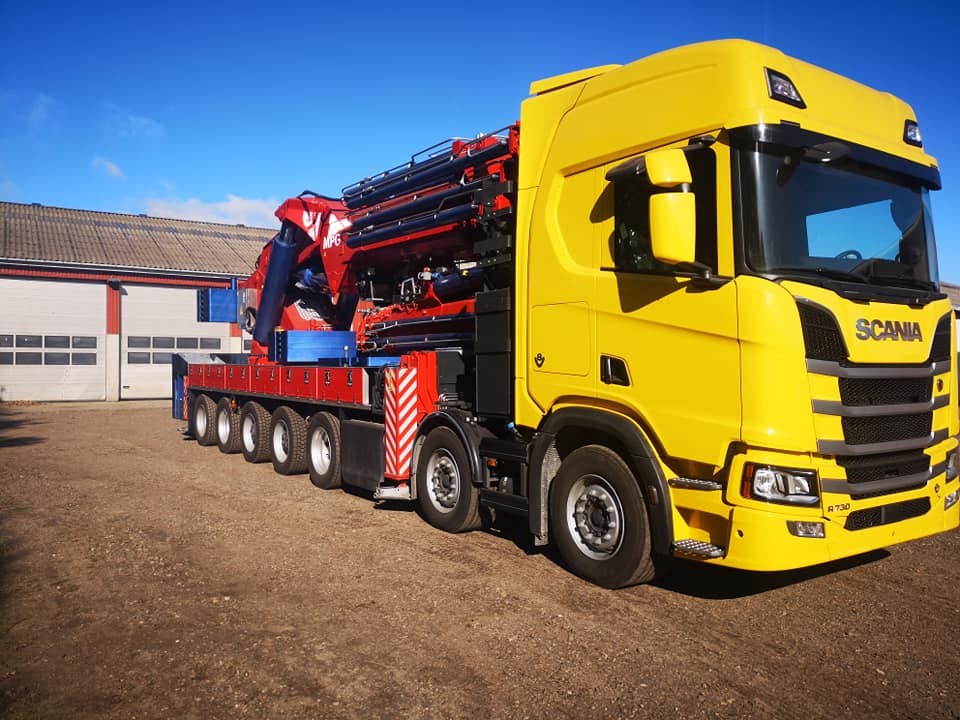 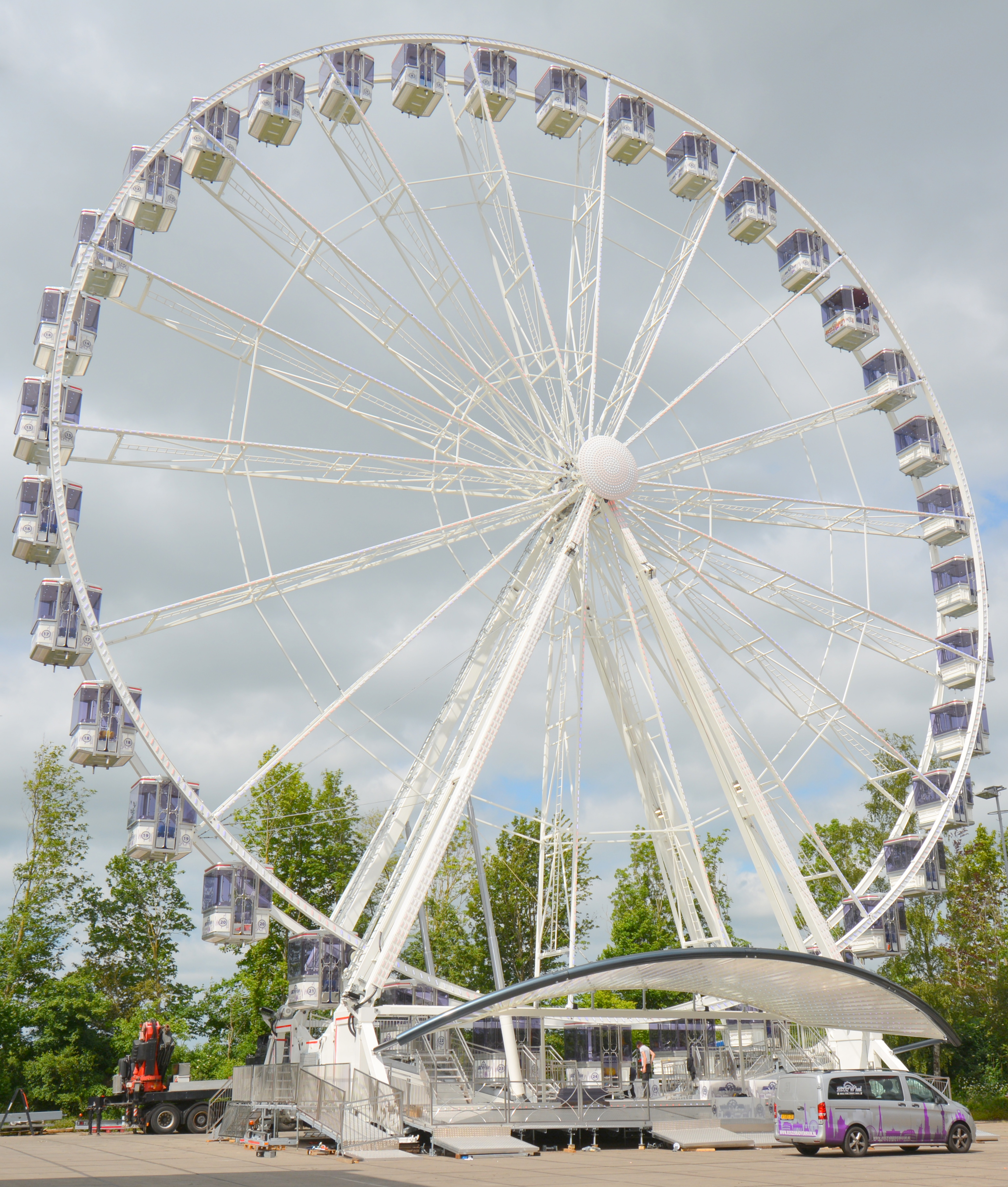 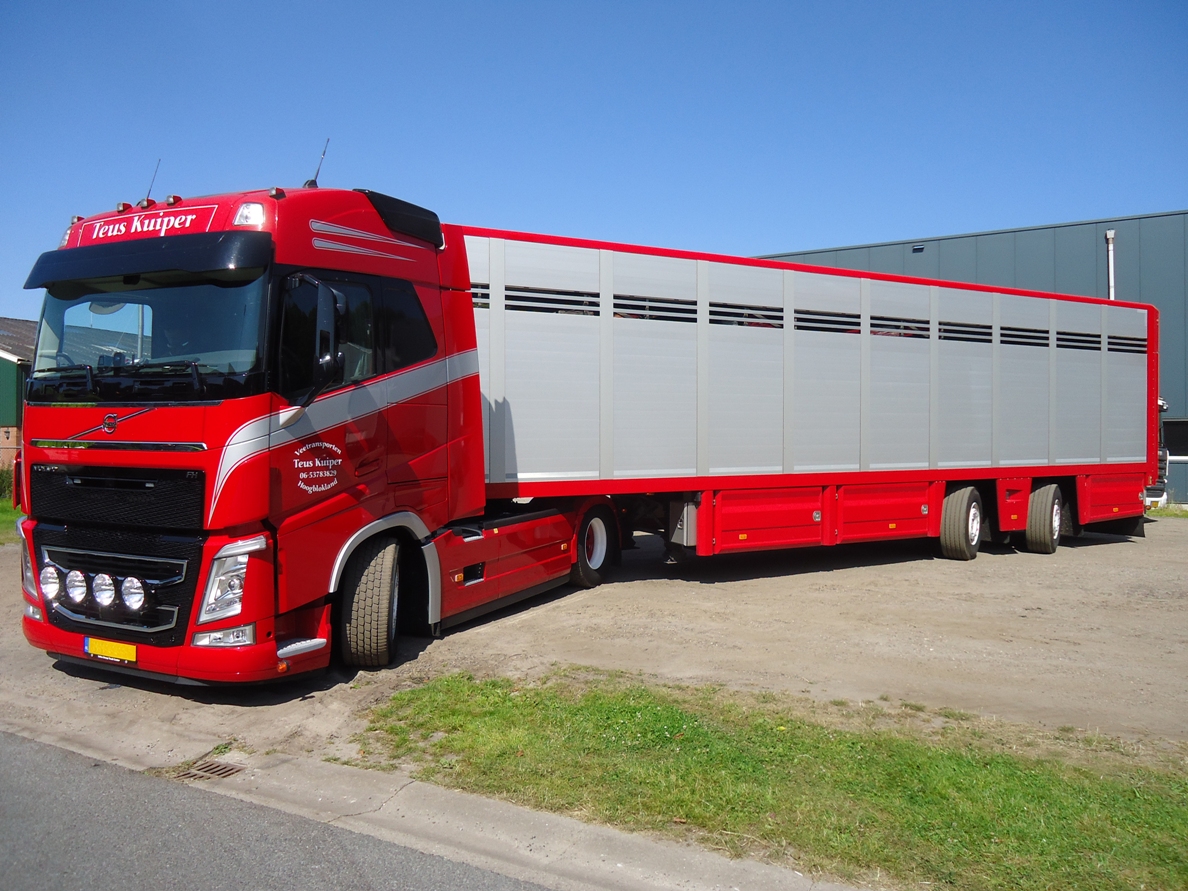 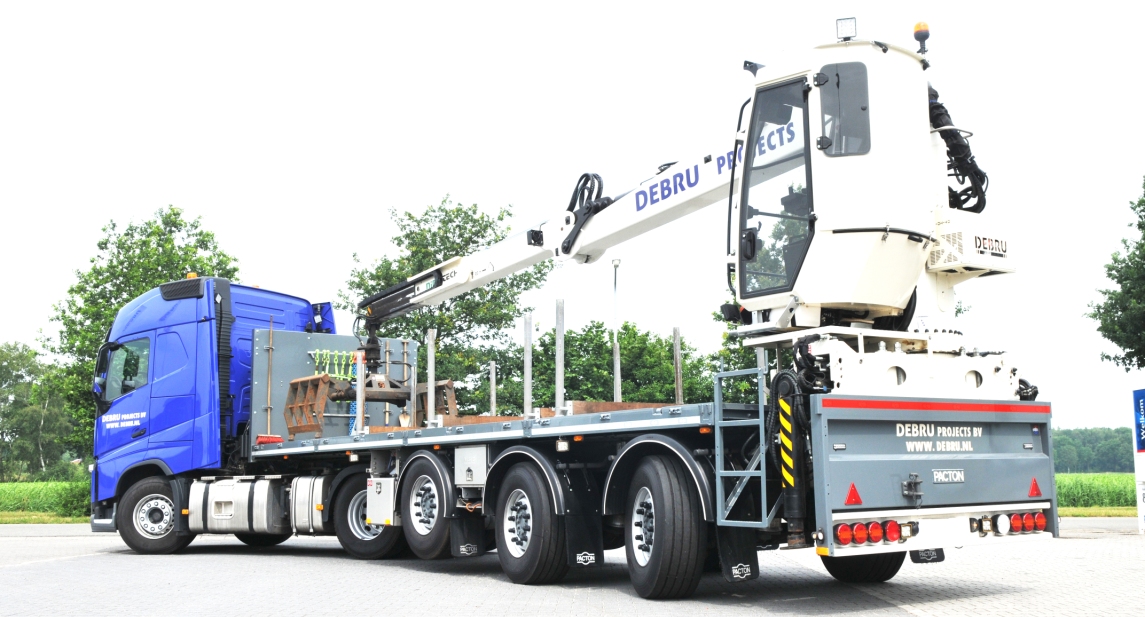